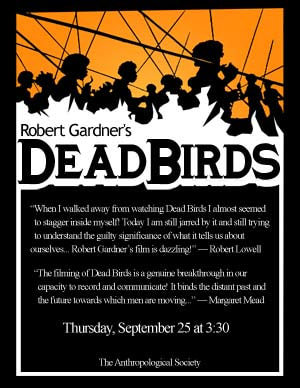 This page exists to both direct and document our consideration of Dead Birds, the epic, classic film by Robert Gardner (with Michael Rockerfeller, Peter Mathiesson, and others)

You should download this article by Robert Gardner on the making of Dead Birds. Please read the article.It will provide context on the film.
gardner.pdf